For all sports lovers, at the Tutun Club you will find everything you are looking for to experience sport in total safety and fun. Water sports such as sailing, windsurfing and canoeing, excursions, bike rental and courses, tennis lessons and much more.Find out here all the information about Tutun Club and you will discover a unique way to play sports and have fun even on holiday!

The Adventure Park in Maremma in the wood of the Bandite of Scarlino, suitable for adults and children to spend a day outdoor and experience a real adventure! Many routes of varying difficulty to entertain the whole family. Inside the park there is also a refuge where to eat and many paths to be covered on foot or by bike. Here you find all the information about the park.

Fun and adrenaline at the Adventure Park in Riparpella. Many acrobatic routes within a protected area with 600 hectares of oak and cedar trees forest. Suitable for adults and children who will experience a real adventurous day. Practice routes, routes for babies, for children, for teenagers and adults…everyone has fun in total safety. Near the routes there are picnic tables for packed lunches and a restaurant just a few metres away. For further information info@ilgiardinosospeso.it

ASD TNT Surf School is a Surf and Sup school with qualified instructors. At the “il Delfino” bathing establishment in San Vincenzo and in the Gulf of Baratti. More info tntsurfschool@gmail.com

“Sail School Costa Est”
Our school organizes individual and collective courses of: Surf – Windsurf – SUP
Advanced lessons are held by Federico Esposito, An Olympic champion.
www.federicoesposito.com
And also:
Spinning | Aqua-gym | Swimming courses | “Giocosport” for children.
At “Bagnoskiuma” we have a style all of our own to understand summer. Come and try it …

“Poggio Neri Park” is made up of a vast hilly forest of Holm oaks and Chestnut trees, which offers many opportunities for recreation for those who prefer outdoor activities such as trekking, equestrian or cycling tourism or just mushroom and chestnut picking.
Along the paths you can stop at points that are equipped for breaks and picnics, quench your thirst from old, natural springs and retrace the difficult living conditions of the people who made charcoal, through the observation of a faithful reconstruction, purposely built near a disused squeegee. This is the “Museo del Bosco.” (The museum in the wood) A path has also been set up that is disabled friendly, to allow everyone to enjoy this natural resource.

The “Rocca of San Silvestro”, known in the Middle Ages as the “Pitosphere”, is a fortified village that was built around the tenth century, thanks to the noble exploitation of the rich mineral deposits. The complex is located within the archaeological park of San Silvestro in the municipality of Campiglia M.ma. From the top you can see, through the Lanzi and Temperino Valleys, both the Tower of San Vincenzo and the Rocca of Campiglia, given that the three towers are part of a network of connections present throughout the Val di Cornia, located in strategic locations so they were able to spot and defend the territory from external attacks and communicate with the other defensive fortifications in time

The joint-provincial Park of “Montioni” managed by the provinces of Grosseto and Livorno, is a protected area of ​​about 7,000 hectares in a hilly area located between the river basins of the Cornia and Pecora rivers. This system of small hills, densely covered with arboreal vegetation, roughly coincides with the territory of the ancient Demaniali Forests of Follonica. The Park falls within the territory of five municipalities: Follonica and in a small part Massa Marittima, which are both in the Grosseto area, Suvereto, Piombino and in a small part Campiglia Marittima, which are all in the Livorno area.

The Archaeological Park of Baratti and Populonia

The Archaeological Park of Baratti and Populonia, extended on the slopes of the promontory of Piombino and on the Gulf of Baratti, preserves the archaeological monuments of the city of Populonia. Monumental traces of the city and the necropolis, with the remains of mineral and ferrous waste that shine along the paths, are a tangible sign of the importance of this centre in the Etruscan and Roman ages, until its final transformation in the Middle Ages. This history of landscapes, as different as they are, are united by a common thread that can be retraced through the itineraries of the
Park that allow you to cross the many aspects of the ancient civilization of Populonia within a natural environment of extraordinary beauty.

“Necropolis of San Cerbone”: the visit allows you to admire the oldest monumental Etruscan tombs of Populonia (VII-V century BC), including the Great Chariots Tomb.
“Necropolis delle Grotte”: the visit leads to the quarries and the Etruscan chamber tombs (4th century BC) carved into the rock.

“Acropolis of Populonia”: the heart of the ancient city of Populonia with houses, temples, baths and paved streets. In this area you can also observe traces of the city’s foundation.

The “Davide Mancini” experimental archaeology centre: in the lower part of the park there is the centre of Experimental Archaeology, with a faithful reconstruction of a Bronze Age hut. Visitors to the Park, guided by experts, can personally experience the ancient techniques of working. For school groups and other groups, articulated workshops can be organized that deal with different themes of the production and daily life.

The Parco della Sterpaia is part of the “Parchi Val di Cornia” area. Beaches and a beautiful lowland forest, which run parallel for 296 hectares, between Piombino and Follonica, on the northern border of the Maremma. This is the coastal park of the “Sterpaia”, a paradise for those who love long walks on the beach and it is just 5 km from Follonica. 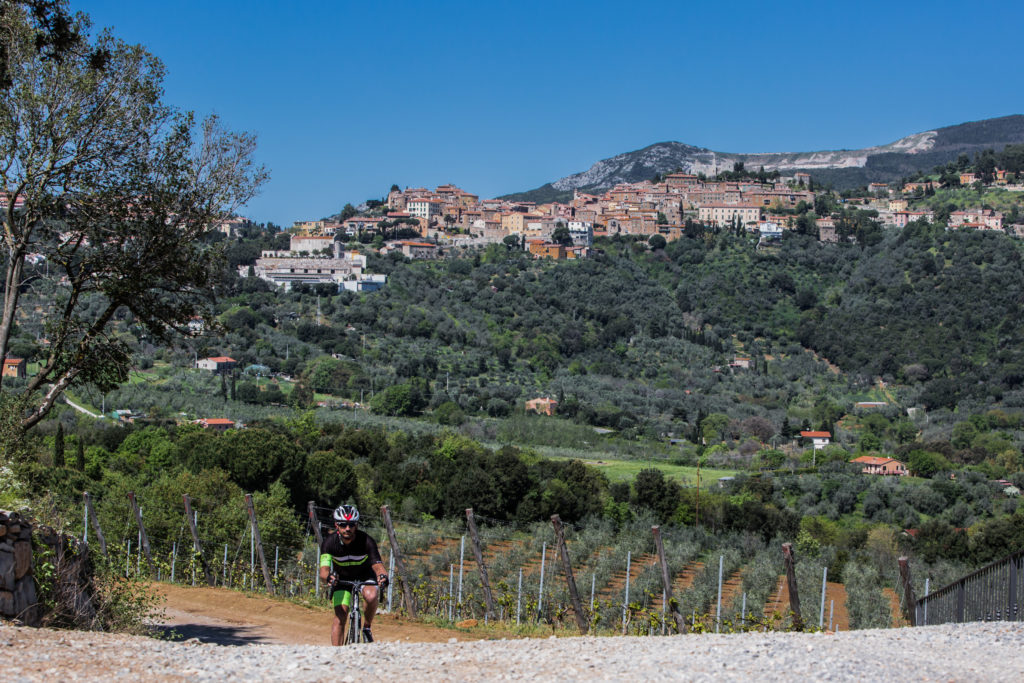 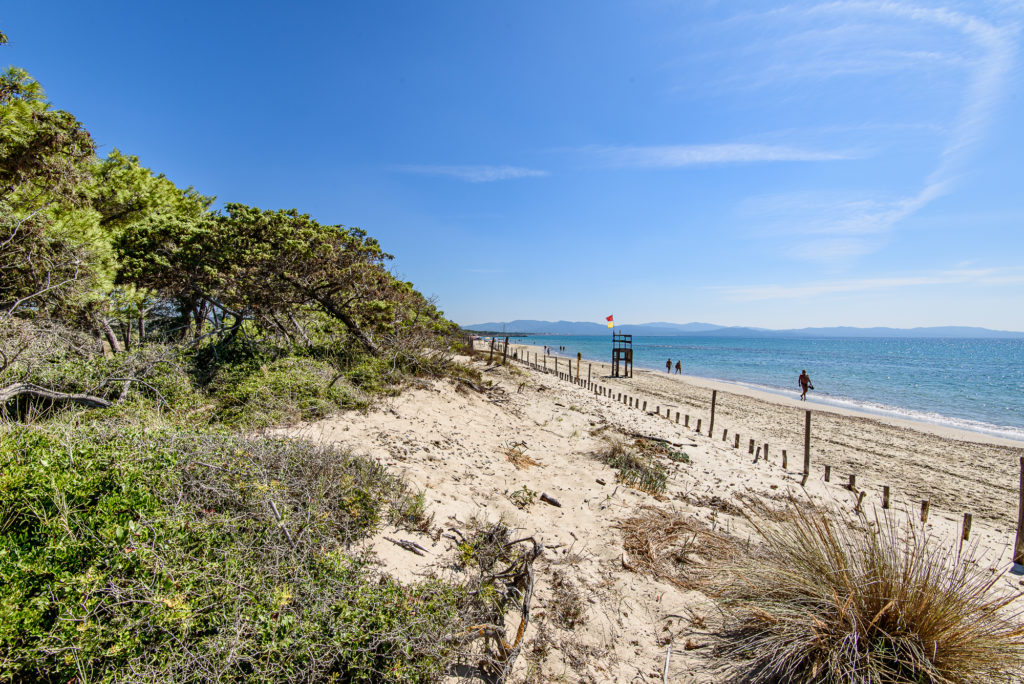 The sea and the beaches 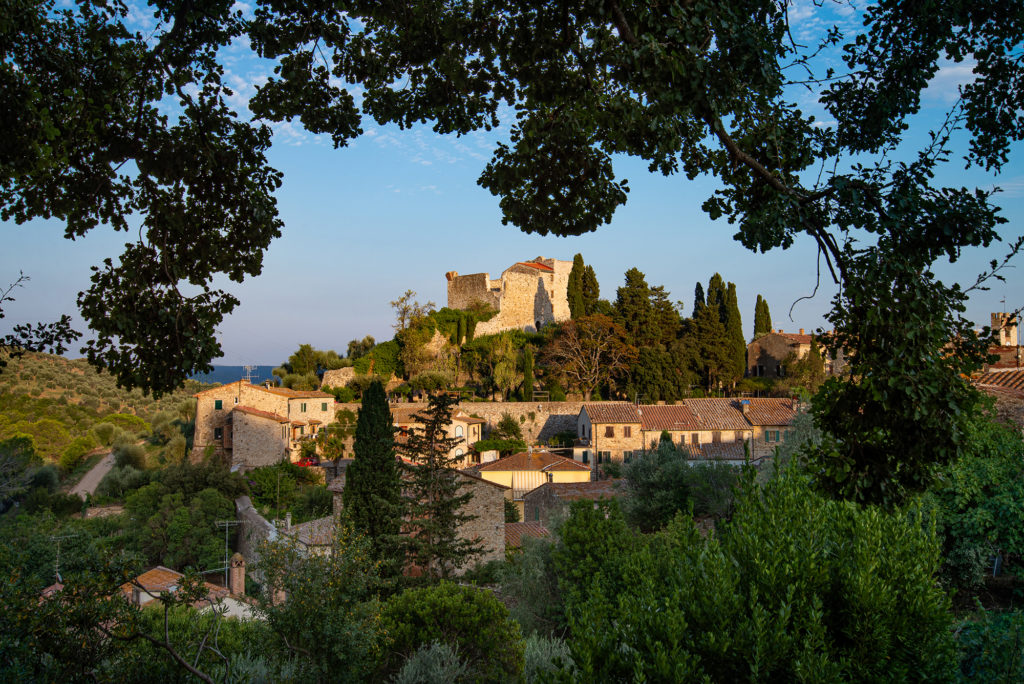 Book your holiday in Tuscany

Book with the best rates